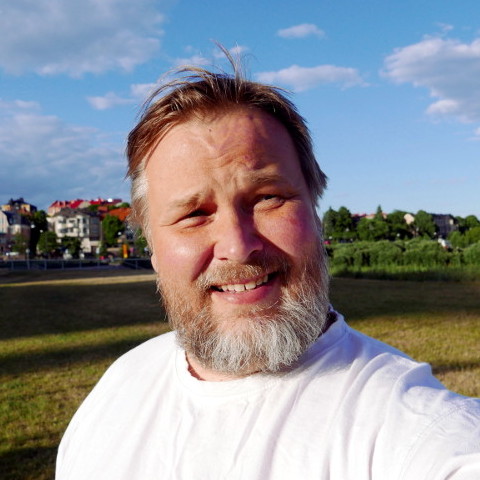 ... Savonian: I am originally from Southern Savonia (or South Savo) from a municipality that didn't have a name. It used the name of its nearest town Mikkeli with addendum "maalaiskunta" (rural municipality) that told what was it about. I was born in August, 1974.

... geographer: I graduated as Master of Science in 2001. I studied cultural geography and specialised in urban geography. Since I have been doing research and drawing maps, among other activities.

... Lutheran: I am a member of the Finnish Lutheran Church, I go sometimes to the Sunday mass, and I believe in God.

... left-handed: If I need to throw a ball, with my right hand I can probably throw it further. But if I have to hit something with it, better to use the left one.

... centre-right: I am a member of Kokoomus political party which combines liberalism and conservatism, and so do I.

I like dogs even if I don't have one myself.

If you are interested in my political and NGO activities there is a list on the Finnish version of this page. Here, instead, I list some of my publications:

Lipsanen, N 2001, Naturalistic and existential realms of place in Roseau, Dominica. University of Helsinki, Department of Geography. Available at helda.helsinki.fi or at this website.

Most of the maps of this book are drawn by me: